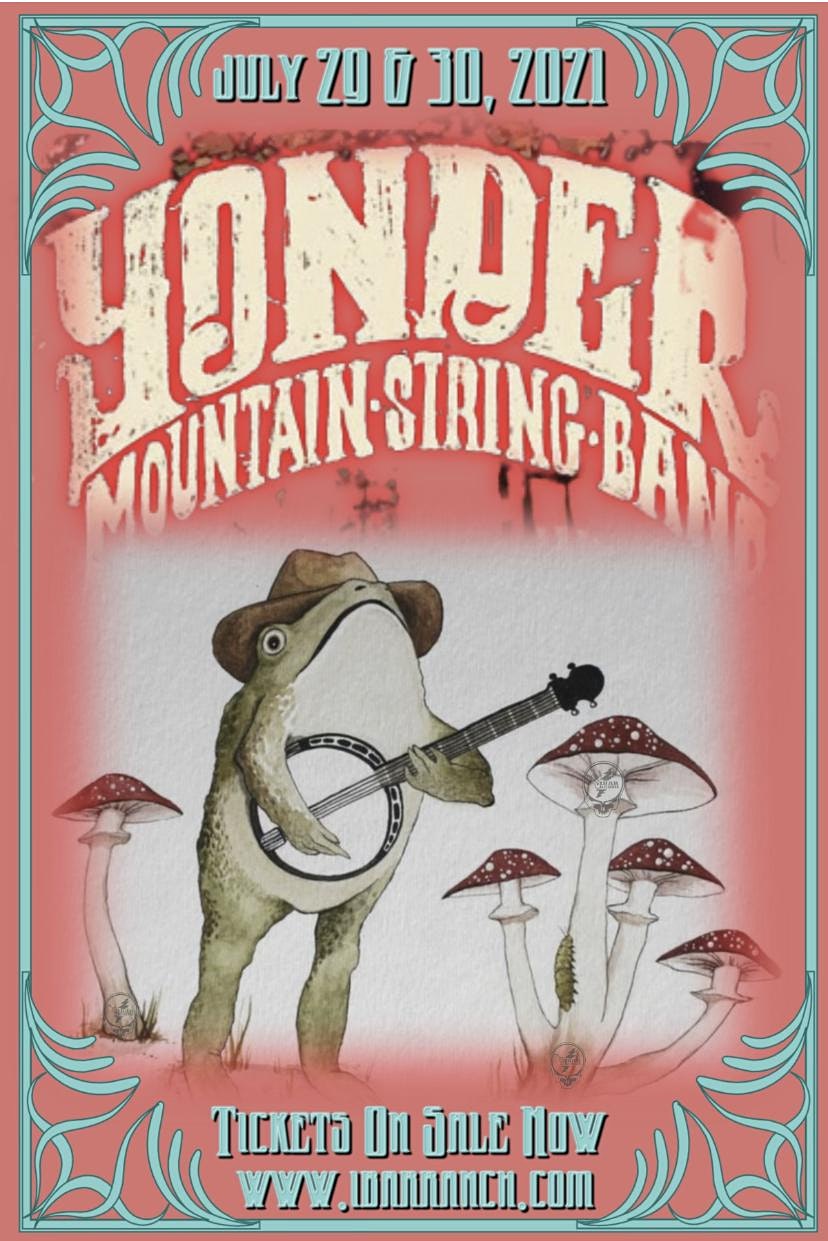 This is the second night of a two night run with Yonder Mountain Sting Band at the Ranch. Ease the camper in, and let’s get tribe together!

This is the second night of a two night run with Yonder Mountain Sting Band at the Ranch. Ease the camper in, and let’s get tribe together!

This second night of the two night run is being produced in partnership with the Crested Butte Music Festival.

For the past 20 years, Yonder Mountain String Band has redefined bluegrass music, expanding the traditional acoustic genre beyond its previously established boundaries by steadily pushing the envelope into the realms of rock n’ roll and improvisation. YMSB—guitarist Adam Aijala, bassist Ben Kaufmann, banjo player Dave Johnston, Nick Piccininni on mandolin (and other instruments!) and violinist Allie Kral–has always played music of their own design, in the process attracting a devout following of fans that often resembles a tight-knit family on an epic musical journey as Yonder traverses the country with an ambitious tour schedule. Yonder is a quintessential ensemble honing its craft night after night on the road, and the fans are there to experience it in real time. The result is music that doesn’t stand still, it’s always progressing and breaking unprecedented ground.

Onsite camping available too.If you get two both nights concert tickets and camping pass (per person) you do not have to leave the Ranch. You certainly can come and go, just have your wrist band with you. No outside food or beverages may be brought into the venue. No dogs in the venue. Dogs are allowed in the camping area on a leash, only if you have a camping ticket. They must remain at the camp during the show. 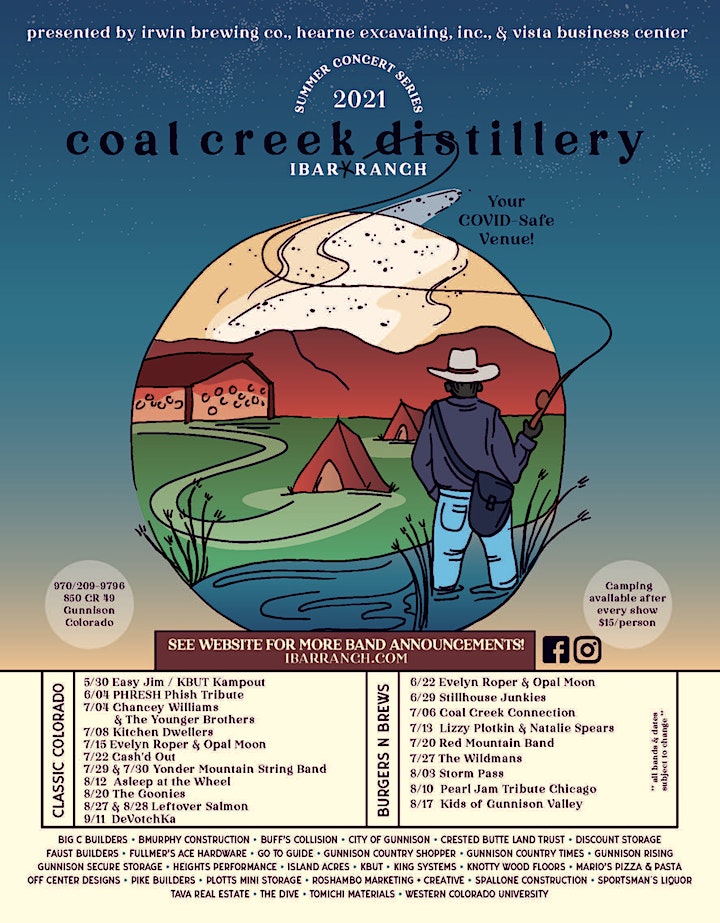 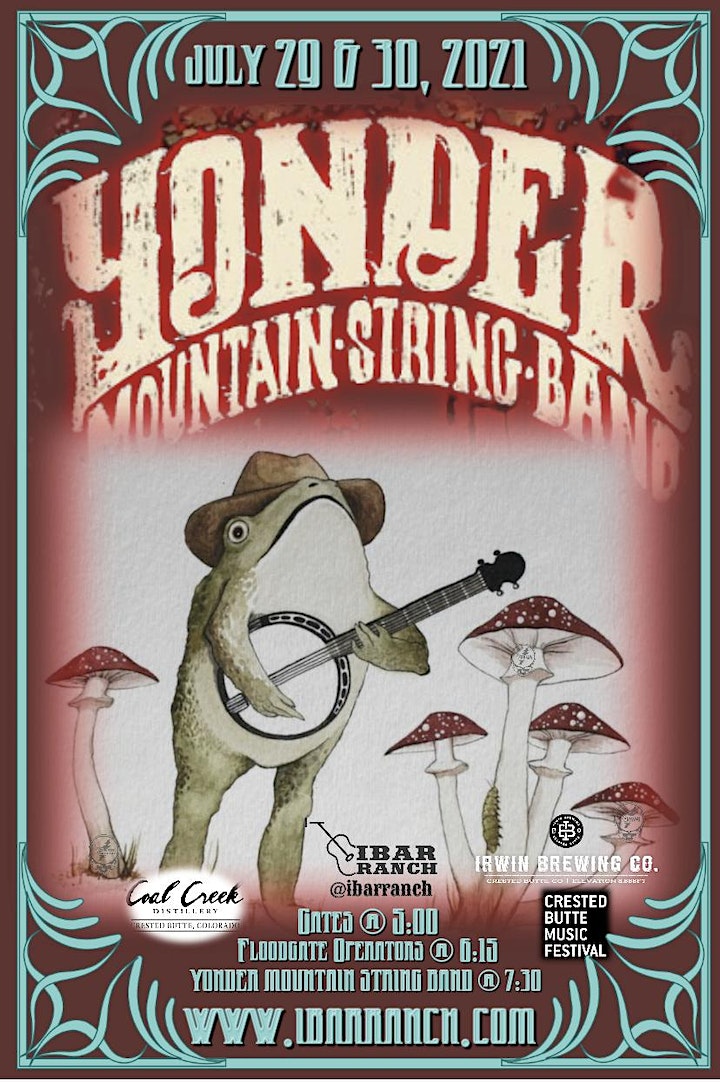